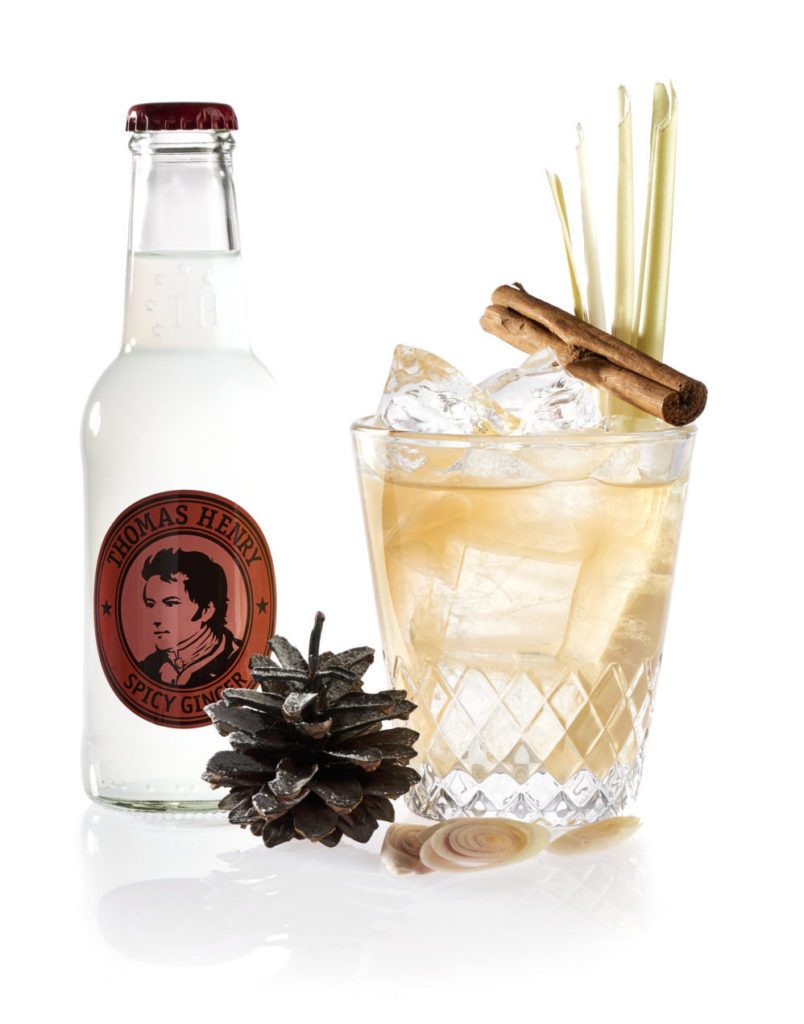 The Asian Winterpunch combines wintery flavours such as cinnamon, honey and apple juice with lemongrass and rum. Filled up with the Thomas Henry Ginger Beer, a festive drink is created.


Asian Winterpunch: Add lemongrass rum, 5cl of unspoiled apple juice, a pinch of cinnamon and two teaspoons of honey in a glass and stir it well. Add ice cubes and fill up with Thomas Henry Ginger Beer. Then garnish with half a lemongrass and a cinnamon stick.
Lemongrass rum: To release the essential oils, cut two sticks of lemongrass in the middle and press down slightly at the root end. Add the lemongrass to the rum bottle and leave for 24 hours.