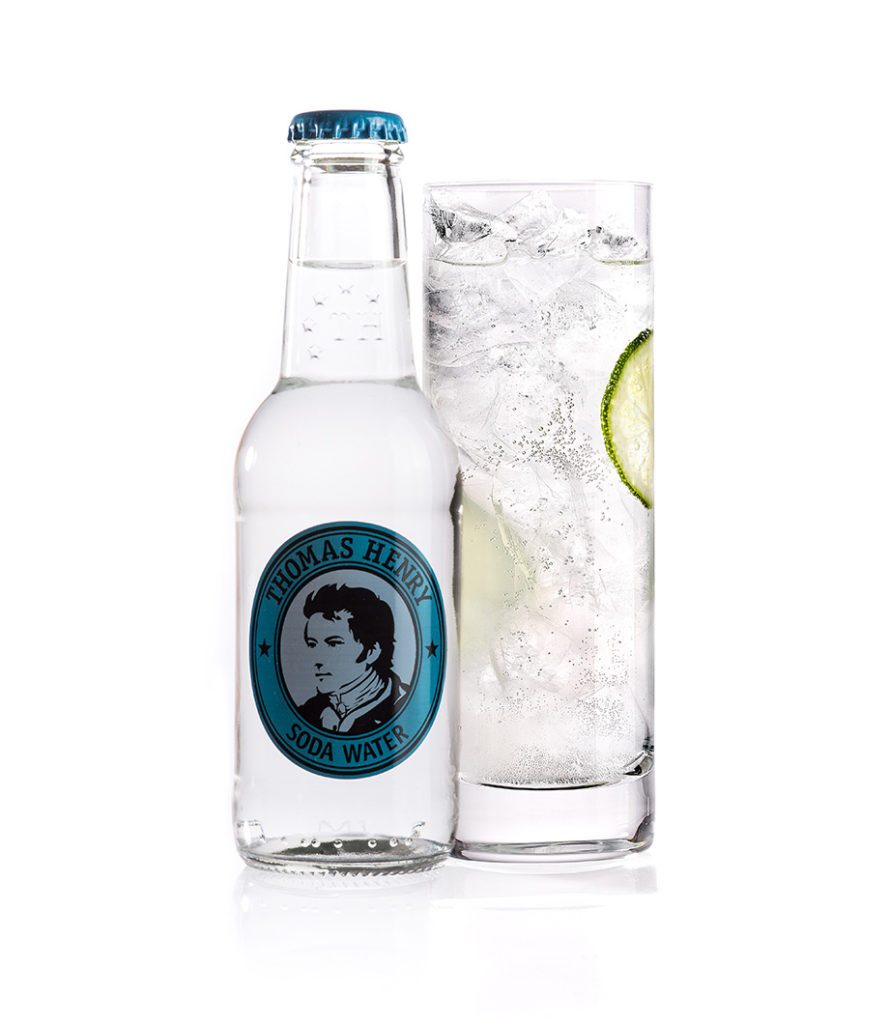 Glass: highball | Garnish: lime wedge or according to preference

Add ice cubes which were made from fresh spring water and the juice of half of a lime into a highball glass. Pour vodka over ice. Add Thomas Henry Soda Water and garnish as desired. Cheers!

The Vodka Soda aka Skinny Bitch is the Soda Water signature drink by Thomas Henry. Just like other classics —  for example the Vodka Lemon — it consists of only two ingredients and can be prepared quickly and easily. The taste of Vodka Soda however,  tells a completely different story.

The Skinny Bitch is all about understatement. The Soda Water has an excellent perlage, which gives the vodka just the right amount of space to gently unfold. Reduced, yes. But also very efficient. And thanks to the naturally sugar-free Soda Water, Vodka Soda is also significantly lighter than other long drinks. In other words, it has fewer calories. 100, to be exact.

The lime garnish brings its own freshness into play. The drinks’s slim lightness and fleetingness are an important cue when it comes to the history of the cocktail. Nobody knows the exact inventor of the Vodka Soda. It is hard to imagine that a bartender would adorn himself with a drink whose name can also be translated to “scrawny slut”. But: in the 1990s there were a handful of supermodels who were particularly fond of vodka with soda water, particularly Kate Moss, Claudia Schiffer, and Naomi Campbell. Good material for a legend of a drink.

It is no surprise that vodka soda is still so popular today, more than 20 years later. Its simplicity is a brightly shining star in the sky of an increasingly complex world. And: the Skinny Bitch is a wonderful basis for minimalist experiments. The classic garnish with lime slices means the drink is wonderfully freshness with pleasant acidity. Other fruits and vegetables can be added depending on the season — mint, apple or beetroot: creativity is key.