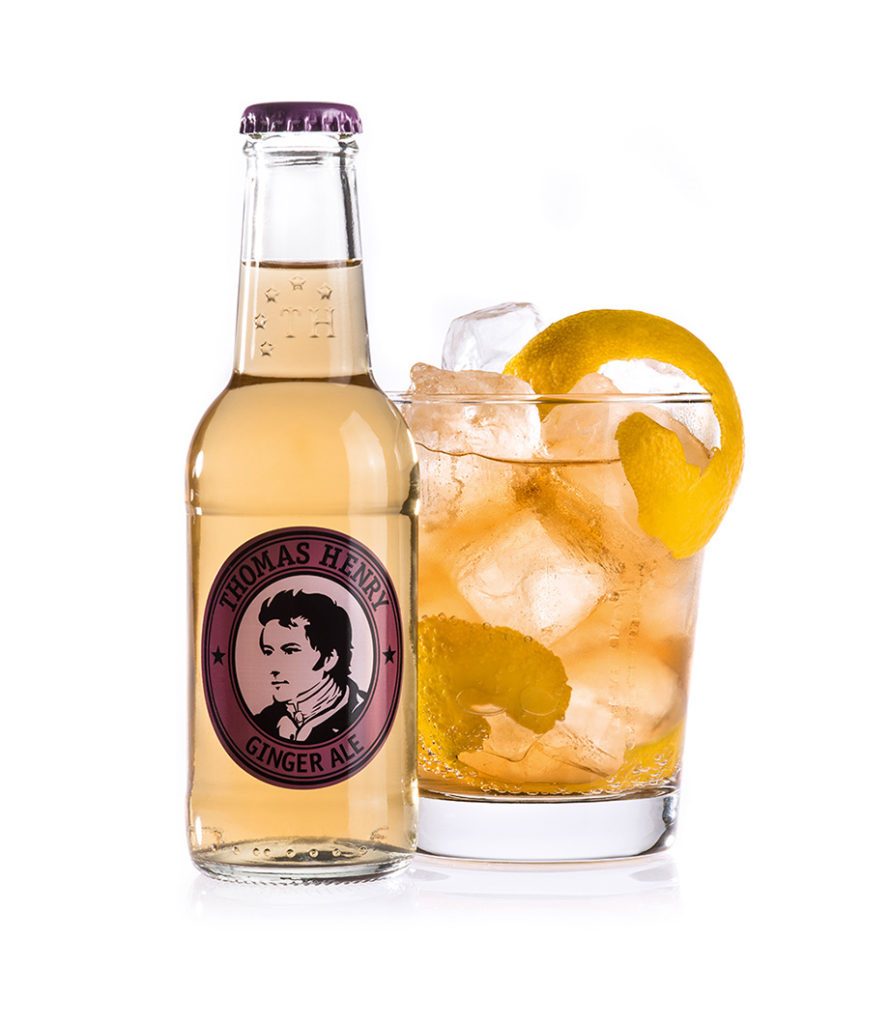 Horse’s Neck is the Ginger Ale signature drink by Thomas Henry. Whiskey’s soft caramel notes meet the fine ginger freshness of the Ginger Ale. The cocktail captivates with a complex taste experience for which only a few ingredients are required. A real Horse’s Neck is mixed with excellent whiskeys. The two dashes of Angostura Bitters give the drink an extra portion of spice. The history of Horse’s Neck began, however, as a non-alcoholic soft drink. Ginger ale, a little lemon and lots of ice — done!

That was in the late 19th century. No surprise that the popular drink was immediately developed further. Increasingly during the the 1910s, a shot of brandy or bourbon would additionally land in the glass. To avoid irritation at the counter, the variant with alcohol was given a new name: “Horse’s Neck with a kick” or “Stiff Horse’s Neck”. The elegant mix with bourbon quickly became so popular that the alcohol-free Horse’s Neck was soon forgotten. Only in the US state of New York barkeepers continued serving the soft version until the 1960s. They still insisted on the “kick” or the “stiff” when ordering the drink with alcohol.

Horse’s Neck: where does the name come from?

An exceptional name may not be as important as taste is in order for a cocktail to be successful, but it does play a certain role. The Horse’s Neck does tend to stick in people’s memories. But where does the name come from? The name Horse’s Neck is derived from the garnish, the lemon zest. A long cut which makes the strip thin and narrow.

The zest, which almost looks like a spiral, elegantly protrudes from the glass. Beautiful to look at, so beautifully curved, the piece of citrus peel is reminiscent of an equally beautiful horse neck. Zests (organic quality much preferred) not only flavour this drink with their essential oils. Citrus fruit zest such as lime, lemon, orange or grapefruit enrich numerous drink classics with their fine fruit essence. Nowhere else is the zest as iconic and name-giving as in the Horse’s Neck with Thomas Henry Ginger Ale.