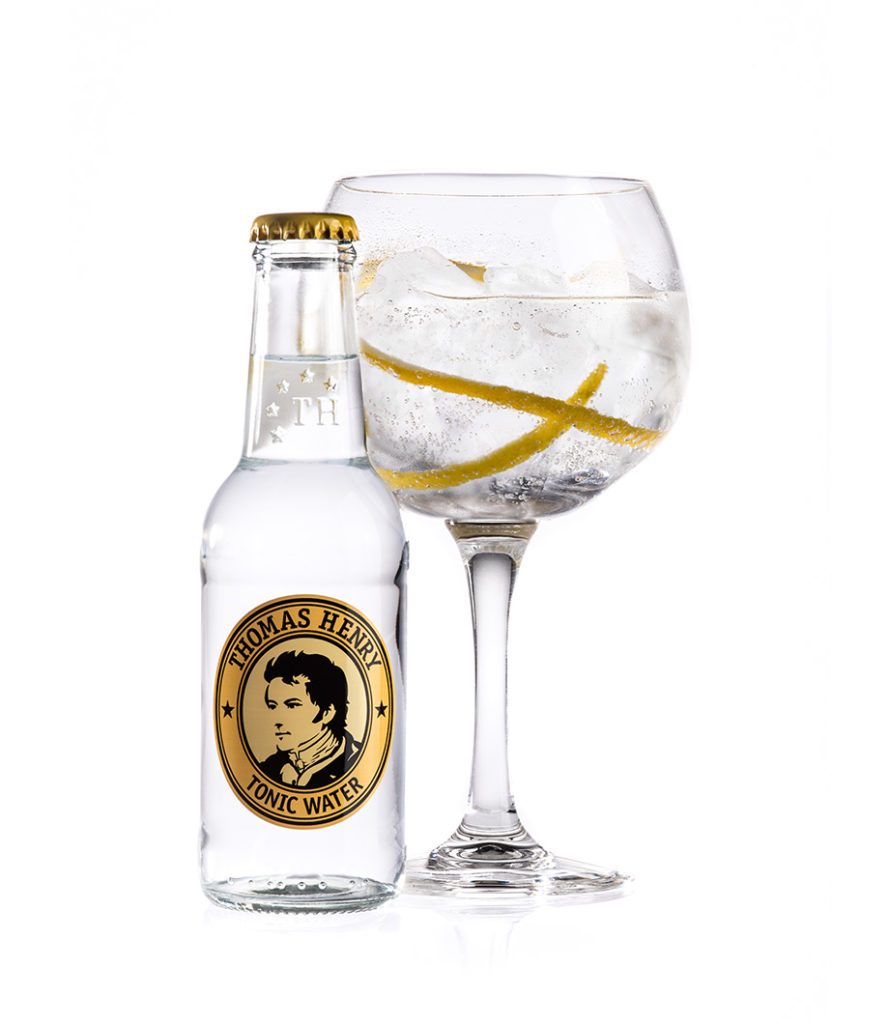 Add fresh ice into the glass. Wet with gin. Add your garnish of choice and fill with Thomas Henry Tonic Water. Briefly stir and enjoy. Cheers!

The Gin & Tonic is an absolute icon amongst long drinks. And for good reason: it is quick to prepare and easily adapted to different tastes. Choosing the right tonic is just as important as selecting the gin. Thomas Henry Tonic Water is a winning choice thanks to its emphasis on elegant, bitter notes, its herbal quinine aromas, and its refreshingly floral citrus lime aromas. This Tonic Water is best accompanied by mild, fruity, and spicy gin varieties.

However: one must absolutely experiment with the trendiest spirit of the moment! And Thomas Henry Tonic Water’s well balanced aromas happen to be just the right base for a little experimentation. All around the world enthusiasts are currently researching new twists on gin in order to surprise connoisseurs with unexpected and exciting botanicals blends. We’ve moved on from all things juniper. This is the way it goes with the classics: they awaken memories and yet always remain up for reinterpretation.

How the Gin & Tonic came to be

The history of Gin & Tonic begins in India in the early 19th century. At the time there were two British armies: the Crown and a private one, which the East India Company afforded to secure trade. Around 260,000 soldiers were under contract with this company. They not only had to make sure that the ships left the ports fully loaded for England, but also had to protect themselves against numerous diseases that lurked in the warm climate.

Clever doctors finally came up with the tonic idea: as a medicine against malaria, they administered quinine to the sick, which they extracted from the bark of the cinchona bark tree. Though the drug had its desired effect, its taste was so strong that it was almost unbearable to drink with water alone. The bitterness brought even the most hardened lieutenant to their knees. The soldiers first added a little sugar, then fresh lime, and finally a sip of gin. At that time, spirits were part of the basic equipment. Suddenly the remedy tasted delicious — and a classic was invented.